by admin
Our Story, Stories

Some wounds never heal, but after sharing our ordeal with compassionate hearts, we feel lightened, he replied with tears

Mirpur and adjoining areas of Azad Jammu and Kashmir (AJK) were shaken by the earthquake in 2019, measuring 5.8 magnitude, which jolted infrastructure, damaged road-links and bridges. Among the poorest of the poor, some sustained serious injuries as houses got collapsed. In the aftermath of an earthquake Rafaqat Gill and family suffered an indispensable grief. It so happened that the mother (wife) and a one-yearold daughter got buried under the roof debris. Rafaqat managed to shift his wife to the hospital, but she was passing through a trauma of losing her little daughter, who died instantly under the roof collapse. No doubt the little angel was their hope of the future, and an apple of an eye.

Pak Mission Society, DRR team visited their settlement and realized that the family was heartbroken and going through a mental trauma, barely coping up with day-to-day life in an open sky. Our female field DRR team members helped Rafaqat’s wife and his sisterin law who was also recovering from her leg fracture, giving them an opportunity to share their story and find hope through physiological counseling and remain recomposed in their sufferings. PMS provided them a tent and ample supply of clean drinking water along-with winterized blankets. The family also, realized that life has to move on with joys and grief, success and failures. Moreover, they internalized the loss of their beloved daughter, believing that she was a gift to them for a brief period of time and they can now cherish those beautiful memories of her life; as God’s grace. “Some wounds never heal, but after sharing our ordeal with compassionate hearts, we feel lightened.” said, Rafaqat with tears.

TRANSGENDER FROM THE SUBURBS OF RAJANPUR 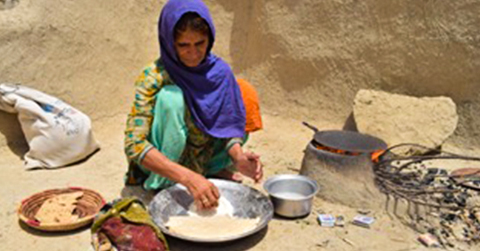 A FEELING OF HELPLESSNESS

NOTHING WORTH MORE THAN SAVING A LIFE